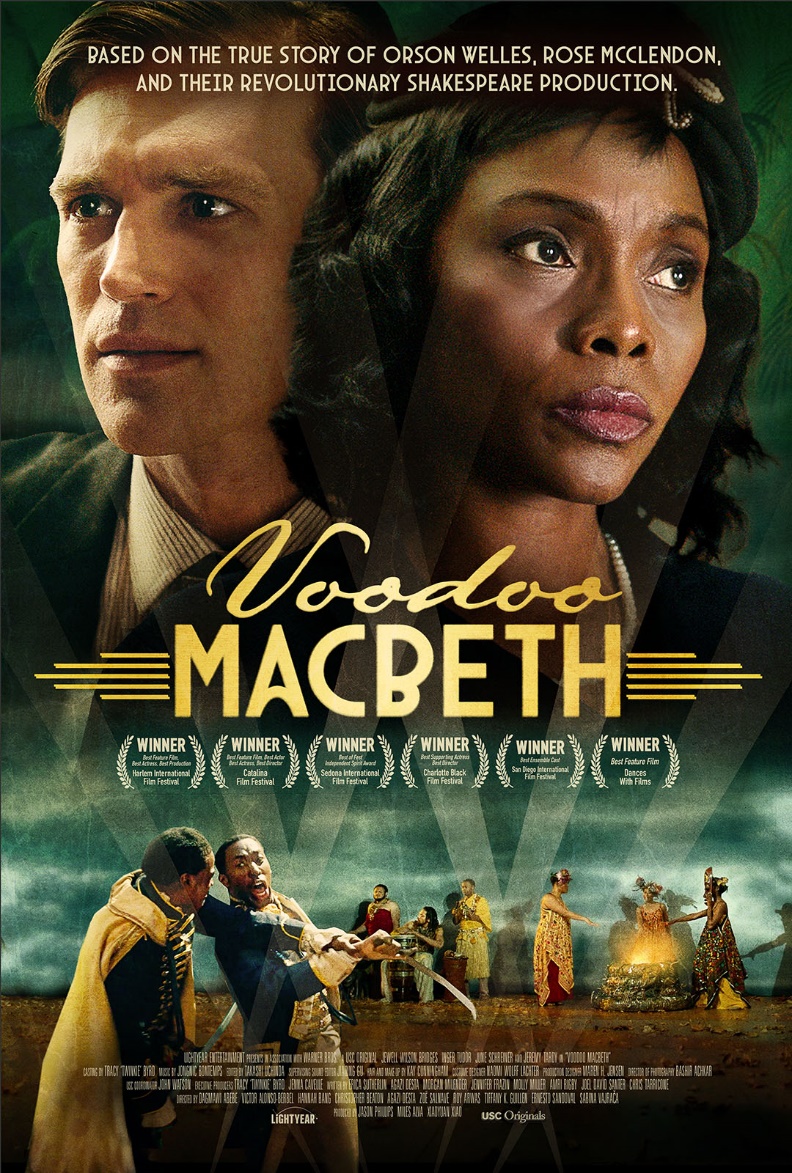 Before Citizen Kane and the War of the Worlds, leading Broadway actress Rose McClendon and producer John Houseman convinced a gifted but untested 20-year-old Orson Welles to direct Shakespeare’s Macbeth with an all-Black cast in Harlem’s Lafayette Theater.

Reimagined in a Haitian setting, this revolutionary 1936 production, which came to be known as “Voodoo Macbeth,” would change the world forever, but the road to opening night proves to be a difficult one.  Orson and Rose – who is to play Lady Macbeth – clash over everything from scene blocking to crew hires, while Houseman contends with a congressman hell-bent on shutting down what he deems “communist propaganda.”  Welles and McClendon must overcome political pressure, personal demons, and protests to realize their groundbreaking vision.

The production was highly controversial, provoking heated protests from Harlemites who considered it exploitative, and by politicians who thought it subversive.  The play debuted to packed audiences and was wildly successful, playing the Lafayette Theater for 10 weeks and then touring across America.

For your chance to receive two free tickets contact us here.

VOODOO MACBETH premiered Opening Night at the 2021 Harlem International Film Festival, taking home three awards including Best Film and Best Actress to Inger Tudor for her role as Rose McClendon.  It was produced by USC Originals with Warner Bros. and is being distributed by Lightyear Entertainment.

In a 1982 interview, Welles said, “By all odds, my great success in my life was that play, because the opening night there were five blocks in which all traffic was stopped. You couldn’t get near the theatre in Harlem. Everybody who was anybody in the black or white world was there. And when the play ended there were so many curtain calls that finally they left the curtain open, and the audience came up on the stage to congratulate the actors. And that was magical.”

“The process of making Voodoo Macbeth is unlike any other film in today’s marketplace,” noted producer Jason Phillips.  “We’re certainly challenging the auteur theory, proving that a feature film doesn’t need a single voice to create a cohesive vision.  From a myriad of diverse backgrounds, the team represents an array of unique perspectives.  Our communal approach is reflected throughout every step of the filmmaking process.”

Voodoo Macbeth began in a writers’ room where screenwriters collaborated on each facet of the writing process.  Then the film’s directors who each embody different perspectives, styles, and tastes came together to form a common vision. With seasoned cast and crew, Voodoo Macbeth is a launching pad for the next generation of filmmakers and demonstrates the power of community over the individual. 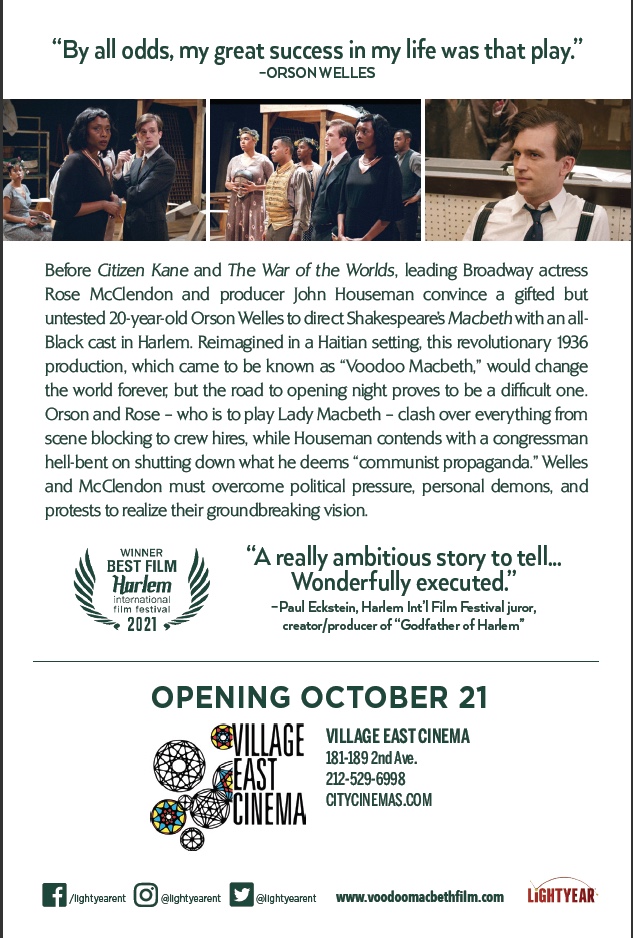 ABOUT THE CAST AND CREW:

USC Originals represents a new approach to creating feature films and other creative commercial content under the auspices of the USC School of Cinematic Arts. Projects under the USC Originals banner engage teams of recent alumni and advanced students in working collaboratively on each part of their development and creation, with multiple writers, directors and producers working on the same film. The group-creators approach maximizes opportunities for diverse crews of both above and below the line talent.  USC Originals are Executive Produced by veteran producer and professor John Watson.