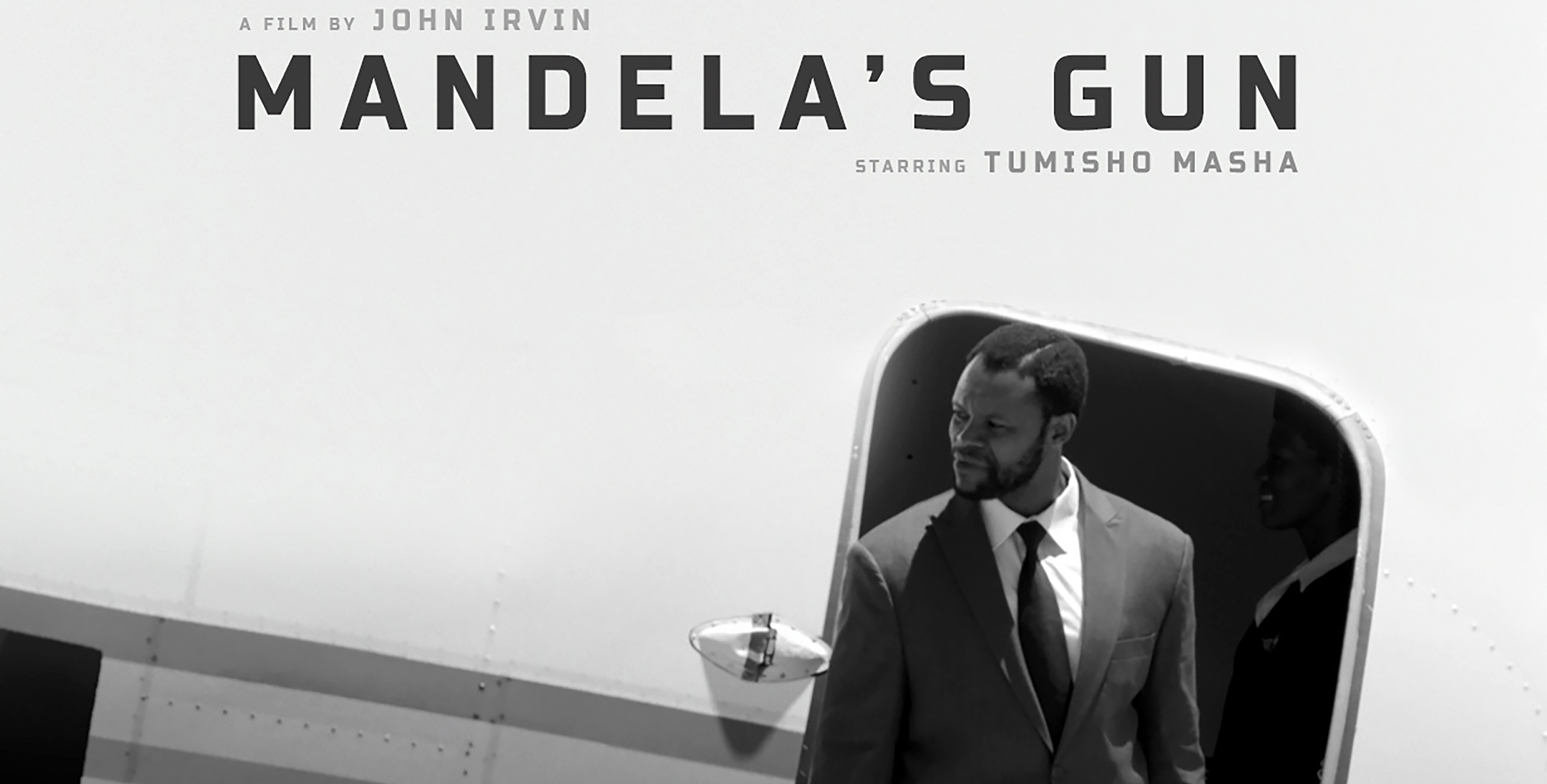 We are deeply honored and moved to present the World Premiere of this startling true story of the last 6 months of Nelson Mandela’s freedom before his arrest and life sentence in 1962. Five years in the making, it follows his epic journey as he illegally left South Africa.

The film was shot in 6 countries – and is the first ever British, South African and Algerian co-production. Oddly enough, this is somehow the first time a South African actor has ever been filmed playing the role of this iconic figure.  Tumisho Masha gives an uncanny performance at the hands of John Irvin, who is no stranger to working with talent, having directed everyone from Ben Kingsley to Christopher Walken and credited for discovering a young Don Cheadle.  The film has been endorsed by The Mandela Foundation and is up for several awards at this year’s Harlem International Film Festival.

Mandela’s Gun reveals extraordinary new evidence about not only the man himself and the brave individuals & nations who risked their lives to struggle alongside him, but also marks the first onscreen confession by one of the CIA agents who orchestrated Mandela’s final betrayal and capture at the hands of the Apartheid regime.

Synopsis:
As Commander-in-Chief of the Liberation Army uMkhonto we Sizwe (The Spear of the Nation – MK) Nelson Mandela undergoes military training in Algeria and Ethiopia while surviving assassination attempts and betrayal. In South Africa he is finally arrested with the connivance of the CIA. In the crucible of the surging African Liberation Movements of the early 60s, not only does he study the art of war, but also leadership and political survival.  Mandela’s Gun is a thrilling biopic, supported by eyewitness accounts from Mandela’s advisors and comrades.

The film celebrates a national and global icon,  a man who is dedicated to the overthrow of an infamous racist regime; also a man whose impetuosity and vanity are tempered by compassion, self doubt and a relentless belief in justice for all South Africans, regardless of race.

Since hijacking a plane to Cuba in 1971 to avoid charges of killing a police officer, the Cuban government has provided Charlie Hill refuge, allowing him to live a life beyond the reach of the F.B.I. In a letter to his nine-year-old son, the film takes an intimate look at his account of the events leading up to his exile.  With the opening up of US-Cuba relations, will Cuba grant Hills extradition?