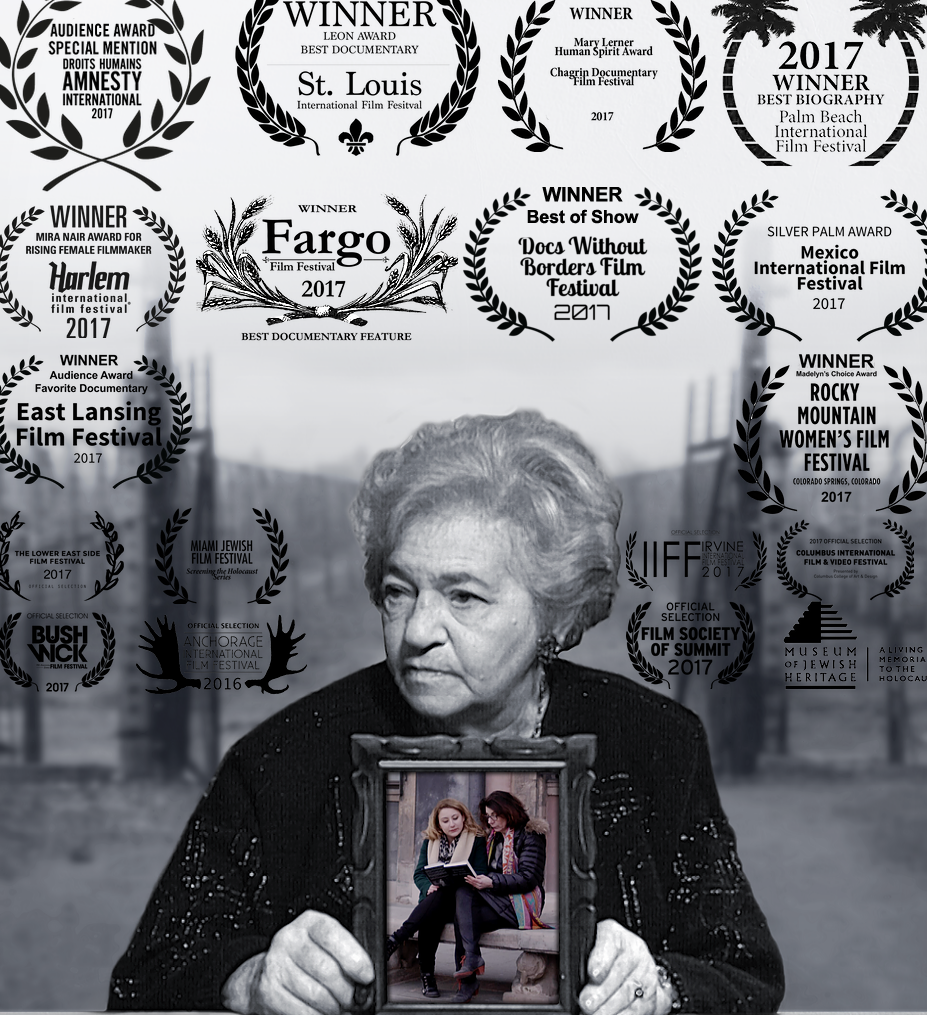 Award-winning NANA, winner of the annual Mira Nair Award for Rising Female Filmmaker at the 2017 Harlem International Film Festival, will have its theatrical release, coinciding with Yom Hashoah.
From Friday April 13 to Thursday April 19 at Cinema Village in New York City (22 East 12th street, 10003 New York NY) the film will screen daily at 1:15pm, 4:30pm, 7pm, and 9:15pm. Several screenings will be followed by a Q&A with the filmmaker. Tickets and information are available at https://www.cinemavillage.com/Now-Playing/nana.html
Directed by 25 year-old Serena Dykman, NANA documents her journey with her mother Alice as they retrace her grandmother’s Auschwitz survival story. Born in Poland, Maryla Michalowski-Dyamant survived Ravensbruck, Malchow and Auschwitz – where she was the forced translator for the “Angel of Death,” Dr. Josef Mengele. Maryla dedicated her life after the war to publicly speaking about her survival to younger generations.
Alice and Serena, daughter and granddaughter, explore how Maryla’s outspoken activism continues today, in a world where survivors are disappearing, and intolerance, racism and anti-Semitism are on the rise.
Uncategorized
By Nasri
0
0