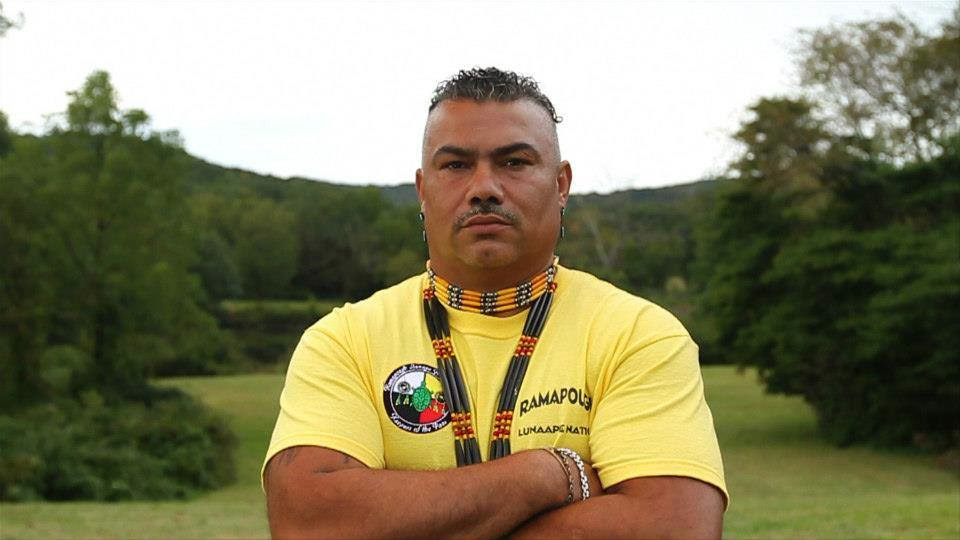 The Brodsky Organization has partnered with the Harlem Int’l Film Festival to offer its residents a handpicked selection of award-winning films.   The series started in June with TOM IN AMERICA, which took home a 2015 Best Short Film Award and stars Academy Award Nominated actors Burt Young and Sally Kirkland followed by SUBWAYS, winner of the 2015 Harlem Spotlight Award.  In July award winners KING OF GUANGZHOU and ZEMENE were screened and next up is AMERICAN NATIVE by Steven Oritt who was awarded BEST DOCUMENTARY DIRECTOR at the Festival in 2015 for this work.

The story of identity and the importance that race plays in determining cultural heritage. What began as a film about a misunderstood community of recluses that has existed in the mountains outside of New York City for 300 years has evolved into a quintessentially American story that examines the political, academic and social definitions of the term “Native American.”

30 miles from New York City lives an indigenous tribe shrouded in mystery and discrimination, fighting for recognition as Native Americans.

According to the 2006 Federal census, there are currently 4.5 million Native Americans living in the United States. Comprised of 566 federally recognized tribes, these various groups all hold “sovereign nation” status and interact with the Federal government as any other foreign nation would. Along with the right to self-govern come certain social entitlements dispersed annually by the Federal government in the form of financial, medical and educational aid. Since 1988 however, the most lucrative and controversial benefit that federally recognized tribes receive is the right to own and operate casinos on their land, generating some $6 billion dollars annually for the tribes who choose to pursue gaming.

Outside of the 566 federally recognized tribes who enjoy this coveted status, there are currently 119 other tribes or approximately 1 million individuals, who are still fighting for this stamp of approval from the US government. In New Jersey, originally home of America’s oldest inhabitants, the Lenape Indians, there are currently zero federally recognized tribes. It is no coincidence that in a state where the gaming industry provides over $306 million dollars in annual tax revenue and controls a very powerful lobbying arm, that tribes seeking federal recognition have to this date, all been denied. In Oklahoma however, where most of the Lenape were relocated to in the 1800’s, the tribe enjoys their sovereign status and is able to operate a successful casino in a state where gaming interests do not dictate governmental policy.

While many people are aware of the pains associated with Native American history – the atrocities and cultural genocide practiced upon them by the federal government, few individuals are aware of the federal recognition process and how those tribes who are on the outside of it, feel just as dismissed, discriminated against and threatened today as their ancestors did hundreds of years ago. ‘American Native’ brings to light this issue, focusing on a specific group of Americans who feel the federal recognition process has not only failed them, but stripped them of their identity, their history and if they stop fighting for it, their future as well.

Just 30 miles from the bright lights of New York City, tucked away in the Ramapo Mountains, a secluded chain of heavily wooded hills on the border of New York and New Jersey, lives a group of people who exist on the fringes. Cast in the shadows of an ignorant urban legend and shunned by the dominant society around them, the ‘Jackson Whites’ as they are commonly called, have occupied three communities in some of the most desirable and valuable undeveloped land outside of Manhattan for over 300 years. Known as tri-racial isolates by anthropologists, the Jackson Whites exist today as a tribe of approximately 5000 members and descend from three distinct heritages: early Dutch farmers who broke away from the New Amsterdam colony down the Hudson River, freed slaves who were some of the first African American landowners in our country’s history, and the Lenape Indians who supposedly sold Manhattan Island to the Dutch for $24 dollars worth of beads.

Despite the fact that much of their history has been invented by local writers, historians and folklorists, the Ramapough are undeniably a mixed-race community. What is in question however is the extent to which each of these bloodlines runs throughout the group and whether one of them outweighs the rest. While the tribe indeed acknowledges their mixed background, it is their native ancestry that they most proudly identify with, and also the genetic component that has been met with the most speculation and controversy from others.

Since 1978 the group has repudiated the term Jackson Whites as a pejorative and have referred to themselves instead as the “Ramapough Lenape Nation,” believing they descend from the Lenape Indians who originally inhabited the area prior to European contact. Many however, including the federal government, doubt the legitimacy of this claim and instead attribute the Ramapough’s heritage to merely a blend of Black and White races. ‘American Native’ exposes the group’s fight for respect as Native Americans, examining their efforts to gain recognition from the Bureau of Indian Affairs, and the private interests that may have colluded behind the scenes to prevent them from doing so. Through expert interviews and unbridled access to the micro-community, the film provides an in-depth look at the complex past, volatile present and endangered future of the Ramapough Lenape Indians.