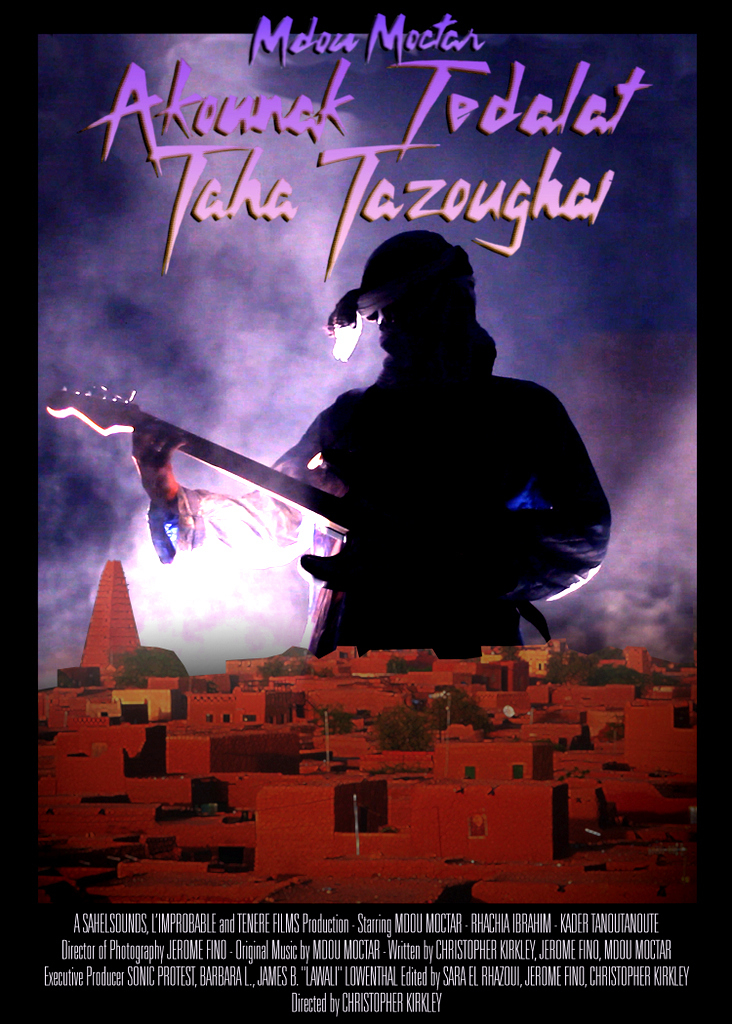 An evening of live dance, musical performances and films from around the world including the Harlem Premiere of the Tuareg tribute to PURPLE RAIN:

Directed by Christopher Kirkley in collaboration with Mdou Moctar and Jerome Fino.

A revolutionary story of one musician’s struggle to make it, against all odds, in the winner-takes-all Tuareg guitar scene of Niger.

Followed by the Purple Party – Wear something purple to honor Prince for the giant group photo!