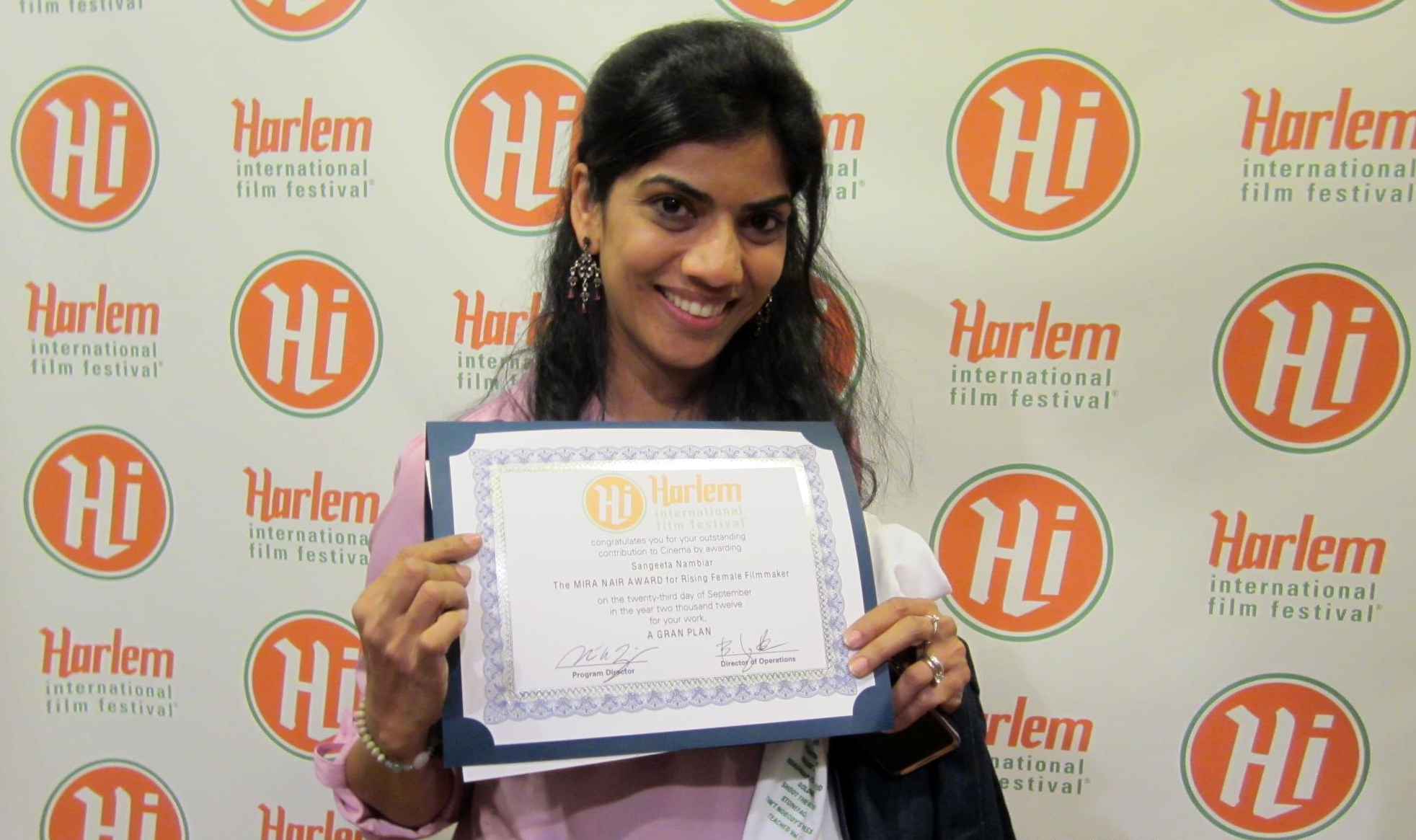 Things never slow down for hardworking filmmakers like Sangeeta Nambiar, last year’s recipient of our Mira Nair Award for Rising Female Filmmaker.  Since taking the honor for her first feature film, A GRAN PLAN (Farida Jalal also received Best Actress Award for her stunning role in the film), Nambiar has gone on to take the film to other festivals, receive more awards, set up countless meetings, finish two shorts and has begun penning her second feature.  Just thinking about it makes our collective heads spin…

The subject matter of her forthcoming project may come as no surprise then: “It is a satire on independent filmmakers and what we go through,” Nambiar says.  She will be directing young actors again, something that has become a recognizable trademark of hers.  Any director who has attempted it knows it is not always an easy task to get convincing and consistent performances out of aspiring young thespians.

While Nambiar’s A GRAN PLAN, was set exclusively in Singapore, where she is based, her new film takes place in both Singapore and the United States.  “Hopefully, I can get funding by the MDA (Media Development Authority of Singapore),” she states.  Either way, she is confident and determined to see the film through to fruition. “Filmmakers essentially are people who dream the impossible – and then set about making it happen.  I started A GRAN PLAN with hardly any money, but believed it would happen and so it did!”

Good luck with it, Sangeeta!!!  We’re rooting for you and can’t wait to see the finished product!

Check out the trailer for A GRAN PLAN by clicking on Sangeeta’s thumbnail picture on our homepage.

David Driskell: In Search of the Creative Truth April 26 6:30 PM