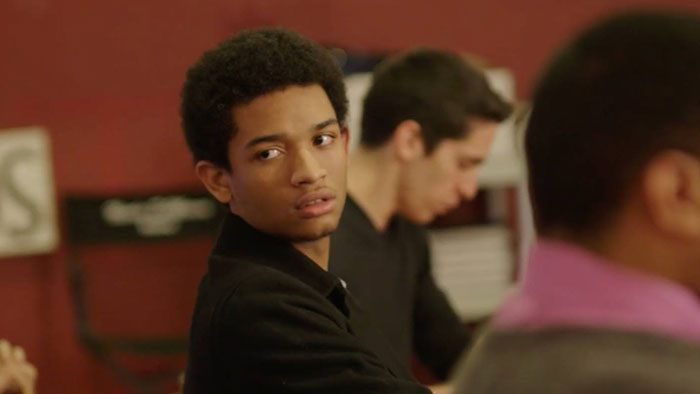 Award-winning Harlem Int’l Alum Christina Kallas is back to kick off the Festival with the New York Premiere of her new winding, propulsive ensemble piece!

We could not think of a better way to jump-start the 13th Annual Festival than by celebrating some amazing women behind the camera, and we are thrilled to host the NYC premiere of this critically-acclaimed, timely, multi-character drama set in a NYC high school after a terrible accident on school grounds.  The evening will be presented by one of the world’s most revered filmmakers, Mira Nair (Salaam Bombay, Vanity Fair, Queen of Katwe) — our annual Mira Nair Award for Rising Female Filmmaker is named in honor of her.  The Rainbow Experiment is a contender for this award.  It will be introduced and followed by a Director Q&A with celebrated film historian and author Annette Insdorf, Professor of Film Studies at Columbia University whose books include Francois Truffaut; Double Lives, Second Chances: The Cinema of Krzysztof Kieslowski and Cinematic Overtures: How to Read Opening Scenes.

Synopsis:
Things spiral out of control in a Manhattan high school when a terrible accident involving a science experiment injures a kid for life.  A who-dun-it with a how-they-saw-it leads to an explosion of emotions touching the teachers, the parents, the school authorities and ultimately, the students.

More about the director:
Christina Kallas’ tense ensemble drama 42 Seconds of Happiness received a number of awards in international festivals in the U.S. and abroad–including Best Ensemble at Harlem International in 2016.  The Rainbow Experiment is her sophomore feature film as a director, and one of five works-in-progress selected last year for the prestigious U.S. in Progress Paris program. The film debuted at the Slamdance Film Festival in January, followed by screenings at Cinequest, the DC Independent Film Fest and the Garden State Film Fest where it won the Best Alternative Feature Award.  It is now nominated for a number of awards at both the Cleveland International Film Fest, and the Ashland Independent Film Fest, and will have its international premiere at the Moscow International Film Festival later this month.

An artist gets inspired, impregnated and obsessed with her creation becoming lost in her inner world.