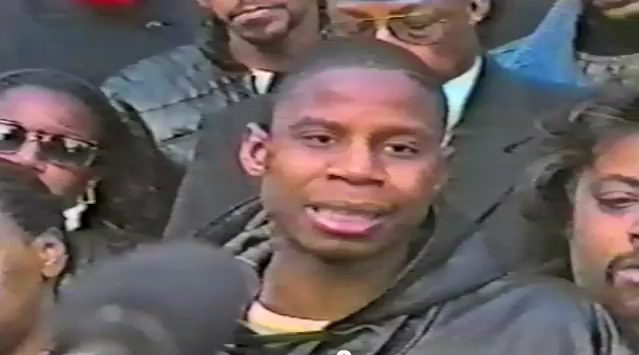 With the upcoming twenty-year anniversary of the City College 9 and in light of the recent loss of Heavy D, the Harlem International Film Festival presents Jason Swain’s 9 LIVES for the final Hi Wednesdays screening of 2011.

With the untimely passing of Heavy D this week, we extend our condolences to his loved ones as we commemorate the 20 year anniversary of a tragic night involving the rap artist (early in his career) that took the precious young lives of nine of the city’s loved ones. Please join us for this special memorial screening of 9 LIVES, Jason Swain’s tribute to the nine victims including his brother Dirk, who he lost that fateful night, changing the course of Jason’s life forever. The director will join us for a discussion after the screening.

In December 1991, Heavy D and Puff Daddy unravels the moments in the countdown to disaster and the circumstances that needlessly took nine youngsters from their loved ones. With Rodney King’s video-taped brutal beating making headlines in the Spring of 1991 and the Crown Heights riot spinning New York City into turmoil that August, this examination of the City College 9 disaster seeks peaceful reconciliation, artfully avoiding finger-pointing to let us witness first-hand how institutionalized prejudices combined to allow something as simple as a charity basketball game in Harlem to spiral out of control. Out of the devastating melee of lives lost a seed of hope emerged through the formation of the Dirk Swain Foundation to forever remember and combat the senselessness of December 28, 1991.

The (R)evolution of Immortal Technique